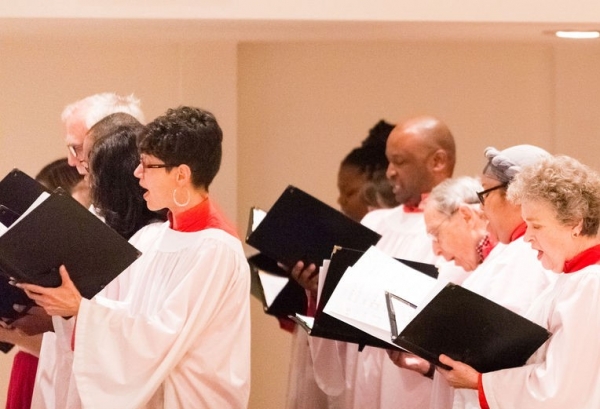 
Will has set up virtual choir rehearsals adults on Wednesdays at 7-8:30 p.m. Click here to join via Zoom.

Thoughts during a musical quarantine

As the world shuts down, music in the church lives on. It’s been a particularly poignant Holy Week and Easter this year, like none before, and my 25th in music ministry. I never could have imagined it looking like this. But I feel somehow blessed to be able to continue creating musical offerings for the HTP family.

If you haven’t talked to any musician friends of yours, you may not notice how painful this lockdown has been for musicians. I’m not talking about losing music jobs or finances, even though that is a huge issue for every musician I know. I’m describing a deeper longing, a burning, a need to make music. Not just for other people but for ourselves, for our own souls. Listening to our parish choir members, it feels like a lot more than just missing our weekly choir rehearsal. There’s something magical that happens when we make music together, in the same place, at the same time. We breathe together, we express our faith together, we worship together.

As a musical mentor and songwriter once wrote, “ain’t nothing like the real thing, baby.” This quarantine has inspired us all to do creative things in our ministries. Learning new technology and adapting rehearsal practices all come with the daily terrain. But, no matter how adept we become in this new situation, there is no substitute for real live music, made in the same room with other musicians.

You see, musicians thrive on their interactions with other musicians and audiences. Making music alone and practicing is only a part of the equation. There’s something that happens, an indescribable connection between musicians that only lives in the actual, not virtual, world. And this, whether you sing in a choir or play in any sort of ensemble, is why we’re hurting. Musicians need actual interaction to create the best music. We need it to inspire us and to challenge us. We need it to find our own voices and to say what needs to be said. It’s a testament of our love for God.

Don’t get me wrong. We’ll be fine. And I am beyond grateful for what we’re able to do virtually. Our weekly rehearsals and services are proving to be spiritually healthy and rich. I will keep using this time as an opportunity to be creative, learn new things, and share moments of healing and calm. Besides, I’m in no rush to end social distancing. I just ask that you pray for musicians, and know how much we long for the day when we can come back and pray through song together.

‘See’ you at church.

Share this page: Music
Will Buthod
Minister of Music


Will Buthod, Minister of Music, has been in music ministry professionally for 22 years. Pianist, organist, composer, and conductor, Buthod employs a wide range of styles to fit any given situation and stay rooted in the worship experience. He has served congregations in New York, Paris, Phoenix, and Atlanta, as well as throughout Oklahoma and New Jersey. His past ministries included everything from Roman Catholic Cathedrals to storefront Pentecostal churches, from giant communities to much smaller parishes. However, the Episcopal Church holds a special place in Buthod’s heart, after having served in Episcopal churches for years in New York and Paris.

As a performer, Buthod has won numerous competitions and awards, including the Albert Schweizer National Organ Competition, the Tulsa Young Artist Competition, and the Charlotte Bagnall Scholarship for Church Musicians. He has performed with or recorded for such artists as Jimmy Heath, Denyce Graves, Martina Arroyo, Ben Vereen, Jay-Z, Fat Joe, Alicia Keys, Swizz Beatz, Mashonda, Maiysha, and Autumn Rowe. He recorded a live album with Grammy-nominated performer Maiysha at the Blue Note.

With a gospel music background, Buthod earned a spot as pianist for the Harlem Gospel Choir, and has played for such well-known preachers as the Rev. Al Sharpton, the Rev. Timothy Wright, Rev. Dr. James A. Forbes Jr., the Rev. Johnny Ray Youngblood, and Bishop Albert Jamison, Jr.

As a composer, he has composed over 300 works, from classical trios to R&B tunes, which are performed regularly throughout the country and abroad. In addition, Buthod’s knowledge and understanding of a variety of sacred music and its history, has made him in demand as a clinician and speaker.

Outside of Holy Trinity, Buthod serves as the Worship Leader for The Table Atlanta and on the Executive Board of Capitol City Opera. He also loves spending time with his wife, Verena, and their two dogs.

Weekday Morning Prayer
At 8 am each weekday, go to our Facebook page to pray morning prayer with us.

Wednesday evening prayer will still be sent via email and posted on facebook each Wednesday night. 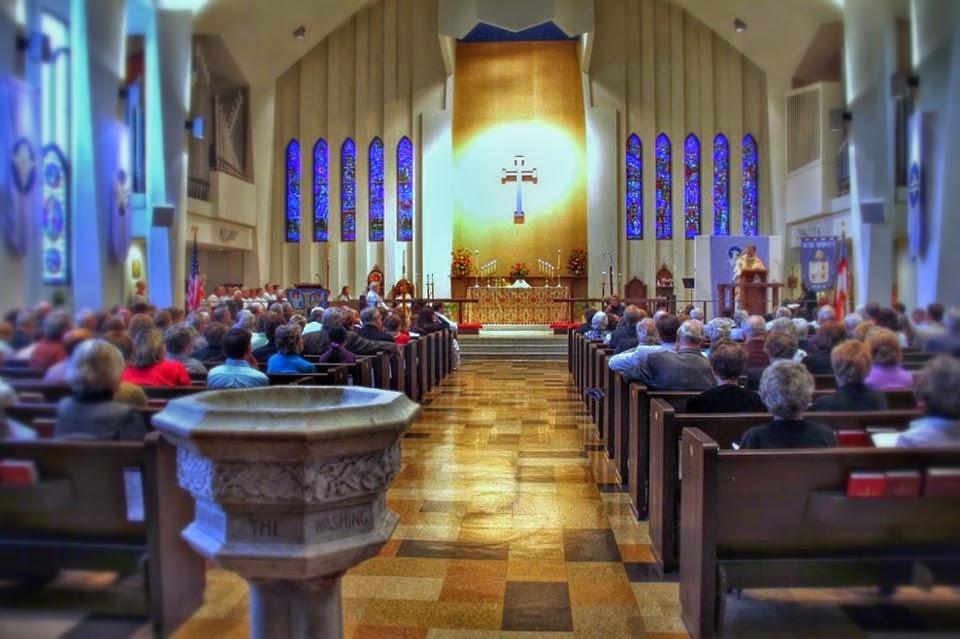 
You can also worship with us on YouTube and

In this time of social distancing, we can, and will practice connectivity in new and powerful ways, for we know we ARE connected as one in the Lord.

We know that the church is not the building in which we worship – but the people who worship and share God’s love with the world. Since we are physically separate, we are exploring other ways to feel more fully spiritually connected to God and each other.

During this time of social distancing, we invite you to join us for worship in person and in interactive digital worship.

Weekday Morning Prayer on Facebook Live
8 am each weekday, go to our Facebook page to pray morning prayer with us.